Lydia is preaching at our open-air rally for 1,600 people in Tanda, Zimbabwe.  You won’t find Tanda on most maps.  In the 11 hours it took from the airport to reach this small town in what Zimbabweans call “the bush,” we only saw one traffic light.  Most of the people at the rally traveled by foot to attend.  The group from one parish walked 23 miles to attend!

There are so many stories to tell.  Neither Lydia nor the translator are using a microphone as the electricity is off.  I originally nicknamed the translator “Michael Jordan” but later changed his nickname to “P.A.” as in “public address.”  He had a booming shout and came forward to translate whenever there was no electricity.  We had driven (five hours one-way) to the office of the power company earlier in the week to insure that these typical, planned outages would not be implemented in Tanda during the three days of the rally.

Lydia is holding up one finger because we teach the people to remember the simple message of the Gospel (kerygma) with just four words: “God, man, Jesus, you.”  She is having them say each word as she holds up the corresponding number for each one.  Of the 4 to 5 billion non-Christian people in the world, 40% of them can’t even read a single sentence.   We are convinced that the message of the Gospel is simple enough that even people that can’t read or write can be effective Gospel workers. 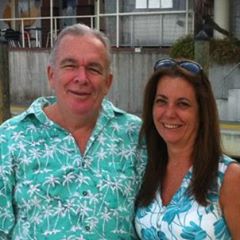